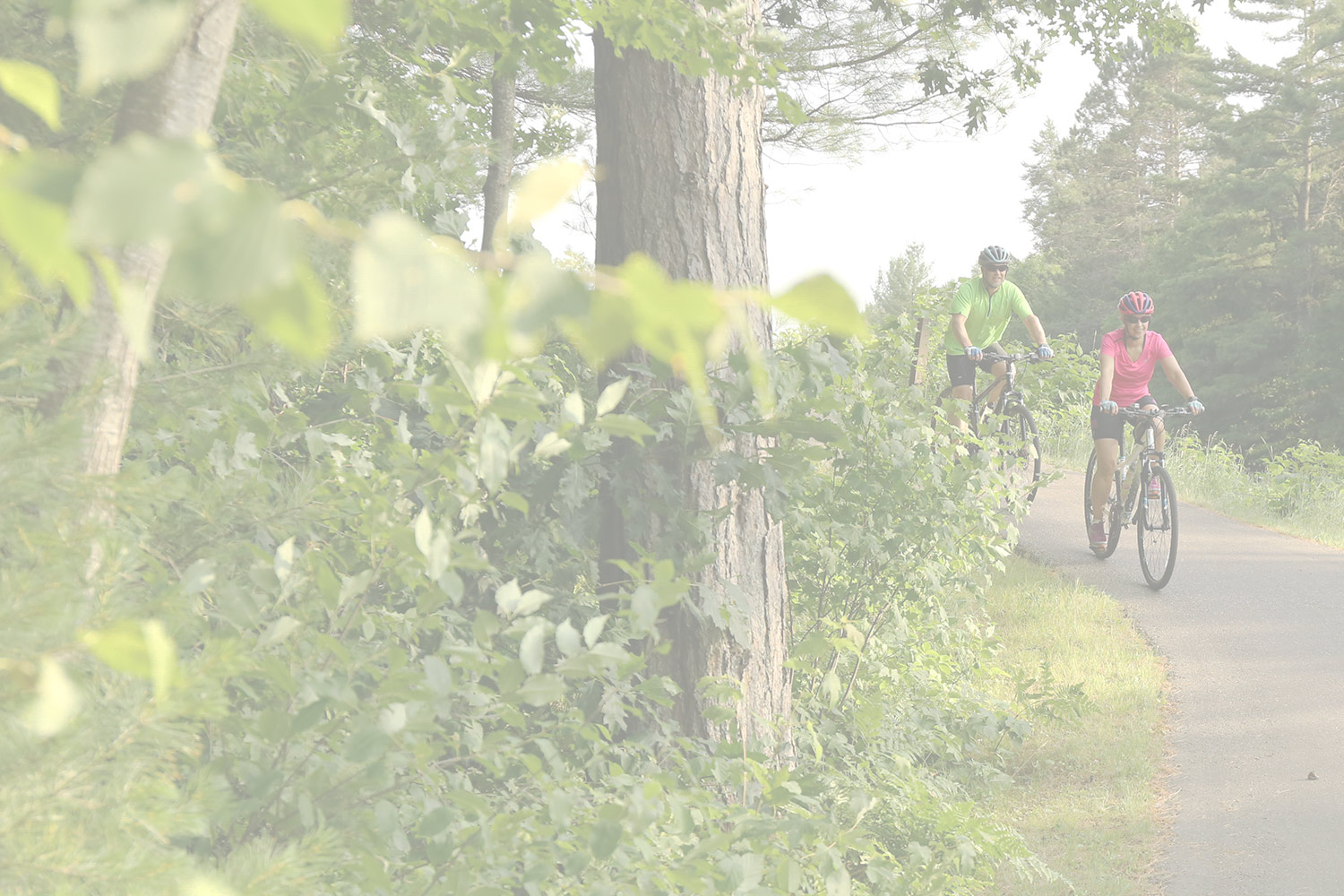 Hop on your bike and explore the heart of Vilas County.

The scenic Heart of Vilas County Paved Bike Trail System passes through Boulder Junction, offering easy access to restaurants, shops, and places to stay, as well as communities throughout the Northwoods. It’s such a special trail, it was recently designated a National Recreation Trail and another expansion is in the works!

We’re giving you a chance to explore this great trail system yourself—enter today, and you could win two full-day comfort bike rentals from Coontail, a two-night stay at Mean Arlene’s, and $100 in spending money!

Fill out my online form.

NO PURCHASE NECESSARY TO ENTER OR WIN. A PURCHASE DOES NOT INCREASE YOUR CHANCE OF WINNING. THERE IS NO FEE TO ENTER THIS PROMOTION. WINNER WILL BE SELECTED IN A RANDOM DRAWING FROM AMONG ALL ELIGIBLE ENTRIES RECEIVED. VOID WHERE PROHIBITED BY LAW OR RESTRICTED IN A MANNER INCONSISTENT WITH THESE OFFICIAL RULES.

Enter online at boulderjct.org, click on the Promotion link and complete the online registration form. Information provided on the Official Registration Form is provided to Sponsor and not to Facebook.

Entrants are limited to one entry per IP address.

Entrants entering the Promotion may be asked to answer several optional questions, however, whether these questions are answered will not impact eligibility for entry in the Promotion. For additional copies of the Official Rules, please send a self-addressed stamped envelope (VT residents may omit return postage) to: “Boulder Junction’s Heart of Vilas County Bike Trail Sweepstakes” Rules Request, P.O. Box 7395, Madison, WI 53703 (the “Promotion Address”). Requests must be received by June 23, 2021. Sponsor assumes no responsibility for any computer, software, online, Internet or technological malfunctions or for lost, late, stolen, incomplete, illegible, inaccurate, undelivered, delayed, mutilated, postage-due or misdirected mail, correspondence, requests, claims or other errors or problems in connection with or relating to the Promotion. If for any reason the Promotion is not capable of being conducted as contemplated in the Official Rules, including if due to computer virus, bugs, tampering or technical failures which compromise the administration or integrity of the Promotion, Sponsor, in its sole discretion, reserves the right to terminate or modify the Promotion.  All entries become the property of the Sponsor and none will be returned.  Sponsor and any Promotion judge(s) designated by Sponsor reserve the right to disqualify any entrant who tampers or attempts to tamper with the entry procedure or the Promotion or violates these Official Rules.  Sponsor’s time clock is the official clock for this Promotion.

One prize per person maximum in this Promotion. No transfer or substitution of prizes permitted except where required by law. If a prize becomes unavailable, Sponsor may award a substitute prize of equal or greater value. Odds of winning a prize depend upon the number of eligible entries received. Taxes on a prize and expenses related to acceptance, delivery and use of a prize, are the sole responsibility of the applicable Prize Winner.

Except if winner is a resident of TN, or where prohibited by law, by accepting prize, winner grants permission for Sponsor and those acting under its authority to use his/her name, photograph, voice and/or likeness, for advertising and/or publicity purposes, in any and all media now known or hereinafter invented without territorial or time limitations and without additional compensation.

SPONSOR: Boulder Junction Chamber of Commerce, P.O. Box 286 W, Boulder Junction, WI 54512. This Promotion is in no way sponsored, endorsed or administered by, or associated with Facebook and any questions, comments or complaints regarding the Promotion should be directed to Sponsor at the Promotion Address, not Facebook.

The Boulder Junction Chamber of Commerce respects your privacy, and we are committed to protecting personally identifiable information you may provide us through our website and social media accounts. We have adopted this Privacy Policy to explain what information may be collected on our Website and how we use this information.

We will not share or sell your e-mail with any third party.

Other information requested during the registration for this giveaway is collected for our research purposes only and will not be shared or sold to any third party.

We have implemented security measures we consider reasonable and appropriate to protect against the loss, misuse and alteration of the information under our control. Please be advised, however, that while we strive to protect your personally identifiable information and privacy, we cannot guarantee or warrant the security of any information you disclose or transmit to us online and are not responsible for the theft, destruction, or inadvertent disclosure of your personally identifiable information. In the unfortunate event that your “personally identifiable information” (as the term or similar terms are defined by any applicable law requiring notice upon a security breach) is compromised, we may notify you by e-mail (at our sole and absolute discretion) to the last e-mail address you have provided us in the most expedient time reasonable under the circumstances; provided, however, delays in notification may occur while we take necessary measures to determine the scope of the breach and restore reasonable integrity to the system as well as for the legitimate needs of law enforcement if notification would impede a criminal investigation. From time to time we evaluate new technology for protecting information, and when appropriate, we upgrade our information security systems.

DISCLAIMER: This promotion is in no way sponsored, endorsed or administered by, or associated with, Facebook. By entering this giveaway, you are providing your information to the Boulder Junction Chamber of Commerce and not to Facebook.