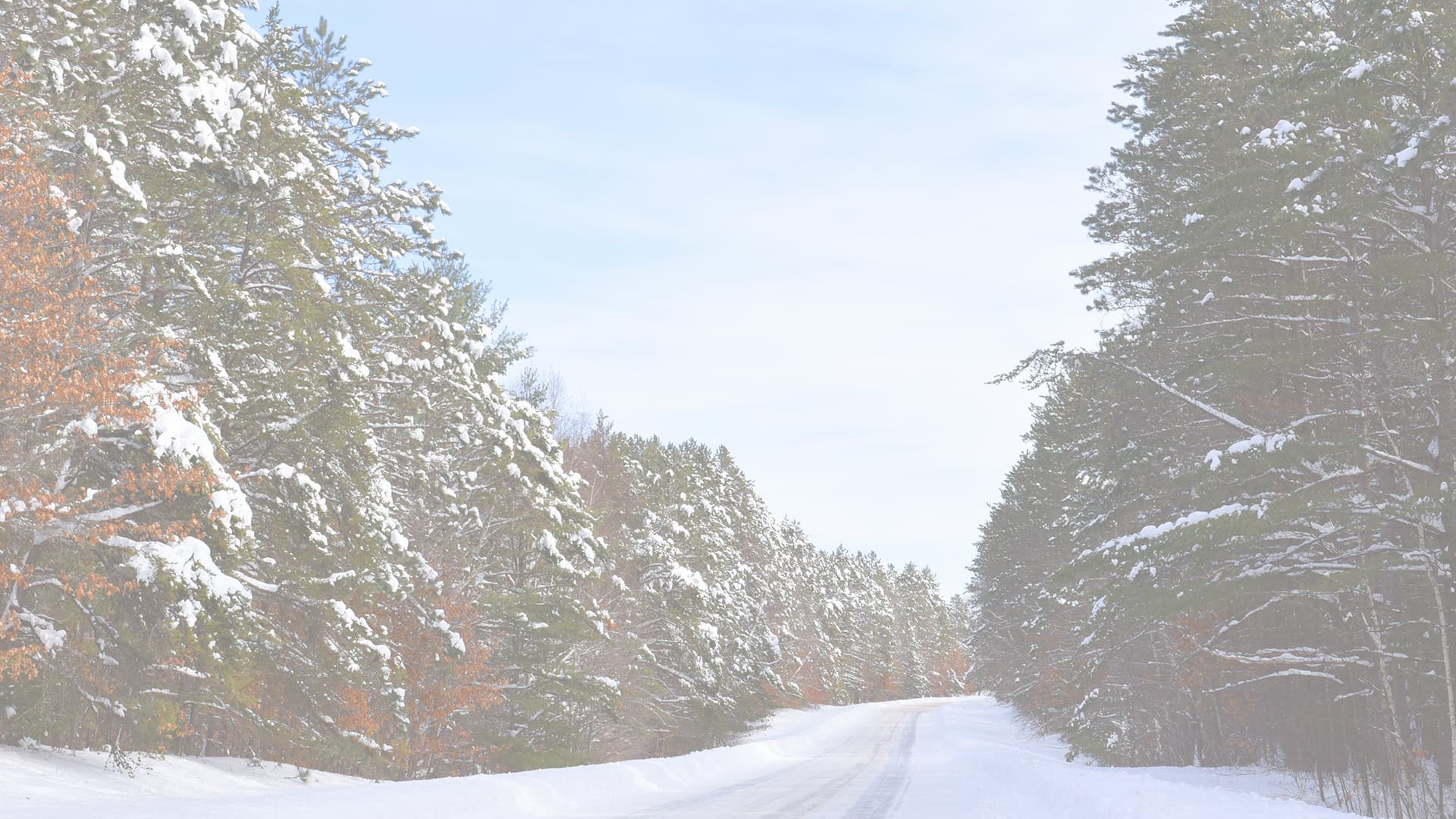 Sometimes all you need for a winter adventure is a full tank of gas. Boulder Junction is home to a hundred miles of expertly groomed snowmobile trails, with thousands more miles open to adventure throughout the Northwoods and Michigan’s Upper Peninsula!

Now, we’re giving you a chance to win a snowmobiling adventure to Boulder Junction! Enter today and you could win a two-night stay at Acorn Lodge, $100 for rentals or gear at Boulder Marine Center and $100 to spend at local restaurants and shops!

Fill out my online form.

NO PURCHASE NECESSARY TO ENTER OR WIN. A PURCHASE DOES NOT INCREASE YOUR CHANCE OF WINNING. THERE IS NO FEE TO ENTER THIS PROMOTION. WINNER WILL BE SELECTED IN A RANDOM DRAWING FROM AMONG ALL ELIGIBLE ENTRIES RECEIVED. VOID WHERE PROHIBITED BY LAW OR RESTRICTED IN A MANNER INCONSISTENT WITH THESE OFFICIAL RULES.

ELIGIBILITY REQUIREMENTS: The “Snowmobile Boulder Junction Sweepstakes” (the “Promotion”) is open to legal residents of the fifty (50) United States and the District of Columbia who are 21 years of age or older at the time of entry. Void elsewhere and wherever restricted in a manner inconsistent with these Official Rules. Employees, contractors, directors and officers, and vendors of the Boulder Junction Chamber of Commerce (“Sponsor”), its affiliated entities, advertising and fulfillment agencies involved in the administration, development, fulfillment and execution of this Promotion (collectively, “Promotion Parties”), and the immediate family members of each (spouse, domestic partner, parent, child, sibling, grandparent, grandchild, and “step” of each) and those living in the same households of such people are not eligible to participate.
ENTERING THE PROMOTION: The entry period (the “Entry Period”) will run from 12:00:00p.m. on December 15, 2020, to 12:00:00p.m. on February 1, 2021, with prize drawings held before February 15, 2020.

Enter online at boulderjct.org, click on the Promotion link and complete the online registration form. Information provided on the Official Registration Form is provided to Sponsor and not to Facebook.

Entrants are limited to one entry per IP address.

Entrants entering the Promotion may be asked to answer several optional questions, however, whether these questions are answered will not impact eligibility for entry in the Promotion. For additional copies of the Official Rules, please send a self-addressed stamped envelope (VT residents may omit return postage) to: “Snowmobile Boulder Junction Sweepstakes” Rules Request, 701 E. Washington Ave., Suite 202, Madison, WI 53703 (the “Promotion Address”). Requests must be received by January 20, 2020. Sponsor assumes no responsibility for any computer, software, online, Internet or technological malfunctions or for lost, late, stolen, incomplete, illegible, inaccurate, undelivered, delayed, mutilated, postage-due or misdirected mail, correspondence, requests, claims or other errors or problems in connection with or relating to the Promotion. If for any reason the Promotion is not capable of being conducted as contemplated in the Official Rules, including if due to computer virus, bugs, tampering or technical failures which compromise the administration or integrity of the Promotion, Sponsor, in its sole discretion, reserves the right to terminate or modify the Promotion.  All entries become the property of the Sponsor and none will be returned.  Sponsor and any Promotion judge(s) designated by Sponsor reserve the right to disqualify any entrant who tampers or attempts to tamper with the entry procedure or the Promotion or violates these Official Rules.  Sponsor’s time clock is the official clock for this Promotion.

PRIZES: After applicable verification and subject to compliance with these Official Rules, the following prize package will be awarded to one winner.

One prize per person maximum in this Promotion. No transfer or substitution of prizes permitted except where required by law. If a prize becomes unavailable, Sponsor may award a substitute prize of equal or greater value. Odds of winning a prize depend upon the number of eligible entries received. Taxes on a prize and expenses related to acceptance, delivery and use of a prize, are the sole responsibility of the applicable Prize Winner.

Except if winner is a resident of TN, or where prohibited by law, by accepting prize, winner grants permission for Sponsor and those acting under its authority to use his/her name, photograph, voice and/or likeness, for advertising and/or publicity purposes, in any and all media now known or hereinafter invented without territorial or time limitations and without additional compensation.

GENERAL CONDITIONS: No cash equivalent or substitution of any Prize is offered, except at the sole discretion of the Sponsor. Prizes are non-transferable, non-refundable and have no cash value. By participating in this Promotion, entrants agree to these Official Rules and Sponsor’s Privacy Policy which are final and binding in all respects. If for any reason the Promotion is not capable of running as planned, including infection by computer virus, bugs, tampering, unauthorized intervention, fraud, technical failures, or any other causes which corrupt or affect the administration, security, fairness, integrity or proper conduct of the Promotion, Sponsor reserves the right, at its sole discretion, to cancel, modify or terminate the Promotion and/or to disqualify any individual who tampers with the entry or drawing process or violates the Official Rules. This Promotion is governed by the laws of the state of Wisconsin, and participants agree that venue with respect to any dispute will be in Madison, Wisconsin, and all claims must be resolved in the federal or state courts located in Madison, Wisconsin. In the event of a dispute regarding the identity of an entrant who has been selected in a random drawing as a tentative prize winner, the entry at issue will be declared to have been made by the “Assigned Account Holder,” that is, the individual person who is assigned the email address corresponding to the winning entry.
LIMITATIONS OF LIABILITY AND RELEASE: No liability or responsibility is assumed by Sponsor or Promotion Parties resulting from participation in or attempt to participate in the Promotion or download any information in connection with participating in the Promotion. No responsibility or liability is assumed by the Sponsor or Promotion Parties for technical problems or technical malfunction which may affect the operation of the Promotion, including but not limited to any of the following occurrences: hardware or software errors; faulty computer, telephone, cable, satellite, network, electronic, wireless or Internet connectivity or other online communication problems; errors or limitations of any Internet service providers, servers, hosts or providers; garbled, jumbled or faulty data transmissions; failure of any e-mail transmissions to be sent to or received; lost, late, delayed or intercepted e-mail transmissions; in whole or in part for any reason; traffic congestions on the Internet; unauthorized human or non-human intervention of the operation of the Promotion, including without limitation, unauthorized tampering, hacking, theft, virus, bugs, worms; or destruction of any aspect of the Promotion, or loss, misdirection, inaccessibility or unavailability of an account used in connection with the Promotion. Sponsor is not responsible for any typographical errors in the announcement of Prizes or these Official Rules, or any inaccurate or incorrect data contained on site. Sponsor and the Promotion Parties are not responsible for any personal injury or property damage or losses of any kind which may be sustained to user’s or any other person’s computer equipment resulting from participation in the Promotion. By participating in the Promotion, the entrant agrees to resolve any dispute individually, without resort to any class action. By accepting a prize in the Promotion, winners agree that the Sponsor and Promotion Parties shall not be liable for any loss or injury resulting from participation in the Promotion or acceptance or use of any prize.

WINNERS LIST/RULES REQUEST: For winner names, log on to the Facebook Site. A Winners List can also be obtained by sending a self-addressed stamped envelope (except where State law prohibits Sponsor from requesting SASE) to the Promotion Address, Attn: Winners List, by February 1, 2021.

SPONSOR: Boulder Junction Chamber of Commerce, P.O. Box 286 W, Boulder Junction, WI 54512. This Promotion is in no way sponsored, endorsed or administered by, or associated with Facebook and any questions, comments or complaints regarding the Promotion should be directed to Sponsor at the Promotion Address, not Facebook.

The Boulder Junction Chamber of Commerce respects your privacy, and we are committed to protecting personally identifiable information you may provide us through our website and social media accounts. We have adopted this Privacy Policy to explain what information may be collected on our Website and how we use this information.

We will not share or sell your e-mail with any third party.

Other information requested during the registration for this giveaway is collected for our research purposes only and will not be shared or sold to any third party.

We have implemented security measures we consider reasonable and appropriate to protect against the loss, misuse and alteration of the information under our control. Please be advised, however, that while we strive to protect your personally identifiable information and privacy, we cannot guarantee or warrant the security of any information you disclose or transmit to us online and are not responsible for the theft, destruction, or inadvertent disclosure of your personally identifiable information. In the unfortunate event that your “personally identifiable information” (as the term or similar terms are defined by any applicable law requiring notice upon a security breach) is compromised, we may notify you by e-mail (at our sole and absolute discretion) to the last e-mail address you have provided us in the most expedient time reasonable under the circumstances; provided, however, delays in notification may occur while we take necessary measures to determine the scope of the breach and restore reasonable integrity to the system as well as for the legitimate needs of law enforcement if notification would impede a criminal investigation. From time to time we evaluate new technology for protecting information, and when appropriate, we upgrade our information security systems.

DISCLAIMER: This promotion is in no way sponsored, endorsed or administered by, or associated with, Facebook. By entering this giveaway, you are providing your information to the Boulder Junction Chamber of Commerce and not to Facebook.