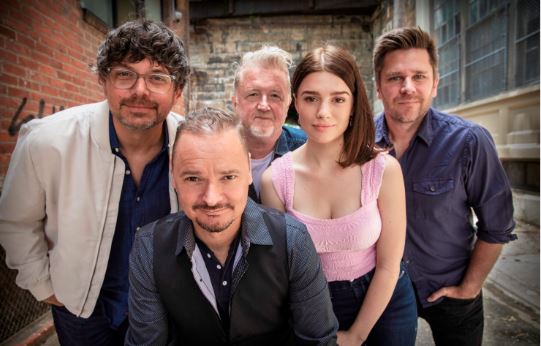 Tickets are on sale for $44 for regular, general admission, or $49 for preferred seating and are available by visiting the box office at 131 Milwaukee Street, Downtown Minocqua, or by calling (715) 356-9700. The box office is open 9am- 4pm Monday through Friday.

The band attributes their continued success to their fanatic audience, and it’s a well-diversified crowd for sure. The country-music folks adore the storytelling, the bluegrass-heads love the instrumentals, Celtic fans love their devotion to tradition, and the rockers simply relish the passion they play their instruments with. Each band member, in their own way, expresses a deep gratitude for their fans, but it’s best summed up in the words of Patrick Murphy: “The fans are the ones that have given us this life. We’re here for them.”

The dedication to live shows date all the way back to the mid-1990s, when Gaelic Storm kicked off its career as a pub band in Santa Monica, California. Due to their discovery at the pub, by the end of the decade, the musicians had appeared in the blockbuster film Titanic (where they performed “Irish Party in Third Class”). This laid the groundwork for a career that would eventually find them topping the Billboard World Chart six times, making appearances at mainstream music festivals, and regularly headlining the largest Irish Festivals across the country, all the while gaining a reputation as a genre-bending Irish rock band, whose songs mix Celtic traditions with something uniquely creative.