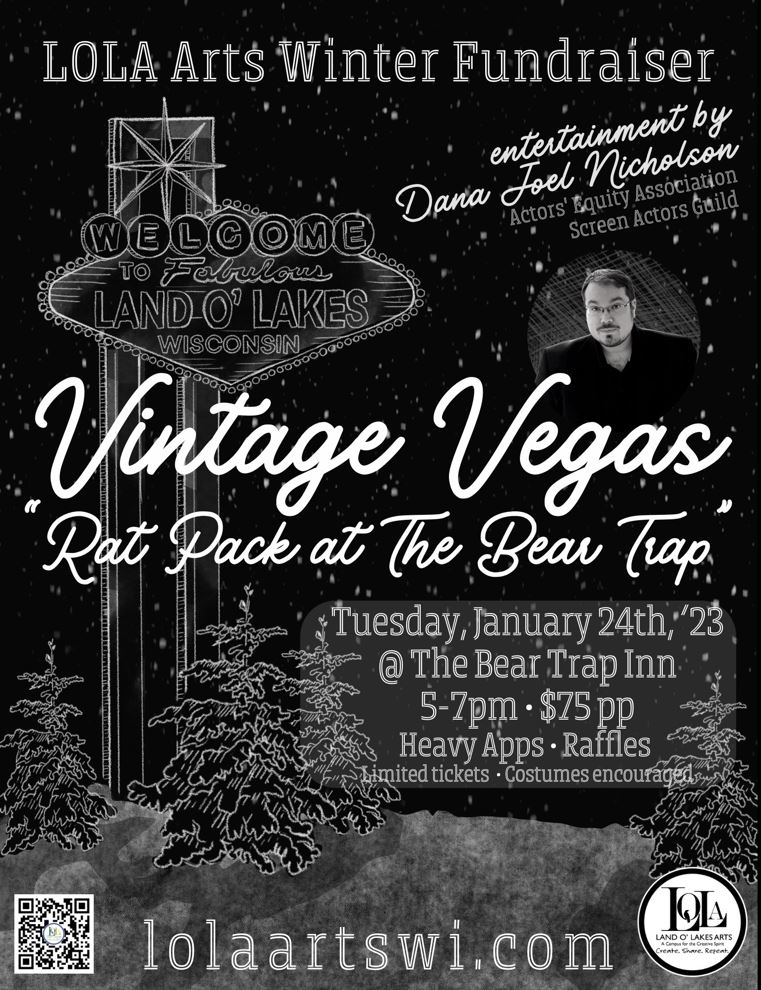 Acclaimed singer, Dana Joel Nicholson, is set to perform during the LOLA Arts Winter Fundraiser. Nicholson, a member of the Actors’ Equity Association as well as the Screen Actors Guild, has been performing all over the United States and Canada, most notably known for his portrayal of Elder Cunningham in the First National Broadway Tour of “The Book of Mormon”, as well as Shrek in the world premiere of “Shrek: The Musical TYA”. Going along with the theme of the fundraiser, “Vintage Vegas”, Nicholson will be performing Sinatra and Elvis, along with some classic rock hits. Nicholson moved to Land O’ Lakes from NYC during the pandemic and has been captivating audiences in the Northwoods since.

LOLA’s Winter Fundraiser will be held at The Bear Trap Inn in Land O’ Lakes on Tuesday, January 24th from 5-7pm. Chef Tom Baertschy is preparing Curried Beef Bourgogne, Smoked Salmon, and Stuffed mushrooms. Tickets are $75 per person and can be bought on the LOLA website www.lolaartswi.com Basket raffles and a 50/50 raffle will be held.