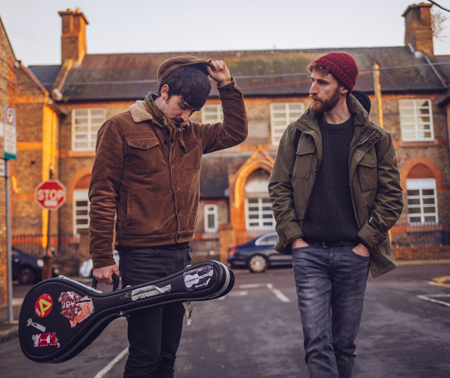 The Campanile is thrilled to welcome brothers Brían and Diarmuid Mac Gloinn (Ye Vagabonds) who grew up playing music together around their hometown of Carlow, a small town in the southeast of Ireland. After moving to Dublin in 2012, they quickly became a staple of the live music and session scene in Ireland, playing their own original songs as well as folk songs from Ireland, Scotland, England and America. In October 2017 they launched their debut, self-titled album to great acclaim. “Ye Vagabonds” comprises of harmony rich folk music, influenced by Irish traditional music, Appalachian singing, and the 1960’s folk revival. It included thoughtful lyrics, thickly layered with strings and droning harmonium. Today, they are award winning musicians from the Emerald Isle. Their second album ‘The Hare’s Lament’ was released on 22nd March 2019 to huge critical acclaim. In 2019 they won the BBC Radio Two Folk Award for Best Traditional Track, and they swept the boards at the RTÉ Radio One Folk Awards where they won Best Traditional Track, Best Group, and Best Album.